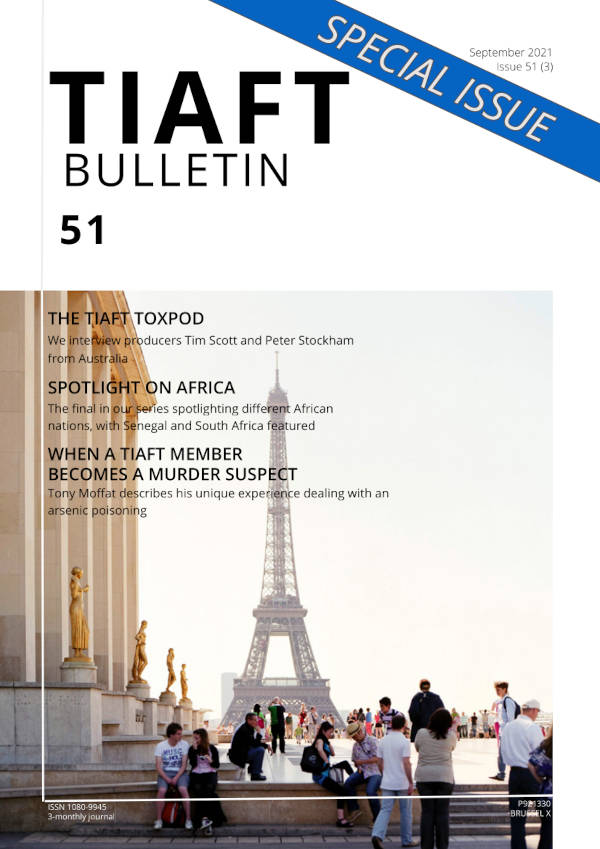 The Bulletin is sent by mail to all standard TIAFT members whose dues are paid and current. If your dues are in arrears you will not receive the bulletin until your TIAFT account is paid in full. Back issues will not be sent if dues are paid in arrears. Additionally, it is the responsibility of all TIAFT members to ensure that their e-mail and mailing address are current. If you are a developing countries fund (DCF) member the bulletin is available electronically only onto the members area.

In order to keep our bulletin strong we need articles from the members. We have already awarded a number of papers for the best paper published in the bulletin. This is a small incentive for members to contribute regularly.

The Board has approved a "Best Bulletin Paper Prize" for the best published paper in the Bulletin over a full year. The award ($500USD) will be given at the annual TIAFT meeting.

How to Submit an Article

Please read (or download the pdf document) the following guidelines when submitting articles to the TIAFT bulletin.

Advertising is at $500USD per half A4 page or $1000USD per full A4 Page.
Hi resolution images of PDF's should be sent to tiaftbulletin@gmail.com.
Please, contact Bulletin Editors (full contact details below) for any further information.

You can contact either TIAFT Treasurer or Bulletin Editor to request a specific issue of the Bulletin and to know about its availability. Past issues of the TIAFT Bulletin cost 25.00 U.S. Dollars (USD). Payments can be made online by using PayPal as described below. Upon receipt of payment, the Bulletin issue requested will be mailed to you in paper or electronic format if paper one is no more available.

To have an insight of the TIAFT Bulletin history, the following is a must read article: