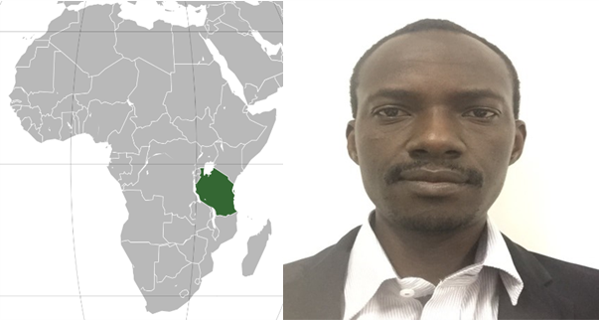 Kagera Zacharia Ng’weshemi, M.Sc. is the manager of the Forensic Toxicology Laboratory Section of the Government Chemist Laboratory Authority (Tanzania). After completing his diploma in laboratory science at Dar es Salaam Institute of Technology (Dar es Salaam, Tanzania) in 2002, he obtained his B.Sc. in biotechnology and laboratory science from Sokoine University of Agriculture (Morogoro, Tanzania) in 2010. During his bachelors, he acquired his first research experience in the determination of Commifora swaynatonii as a medicinal plant in treatment of Haemonchus contortus worms. He then went on to complete an Erasmus Mundus Masters in Forensic Sciences (Forensic Chemistry and Toxicology) at the University of Lincoln, United Kingdom (coordinating institution) and two other consortium European institutions: the University of Cordoba (Spain) and the Instituto Superior de Ciências da Saúde Egas Moniz (ISCSEM, Lisbon, Portugal) in 2016.

In his early career, Mr. Kagera served as a laboratory technologist in the quality control laboratory of Tanzania Breweries Ltd and as a technician at the National Institute for Medical Research (Tanzania). Since 2005, he has worked as a chemist at the Government Chemist Laboratory Authority (GCLA). Throughout his career, Mr. Kagera has expanded his expertise with LC-MS/MS and GC-MS/MS instrumentation for toxicological applications. He has developed an LC-MS/MS method for multi-determination of drugs of abuse and their metabolites from human hair using solid-liquid-liquid micro-extraction technique (a yellow device).

The Forensic Toxicology Laboratory of GCLA analyses all of the forensic cases for the country, which amounts to approximately 800 samples per year. GCLA is certified ISO 9001:2015, and Mr. Kagera is committed to continue the accreditation process in the future. The laboratory has participated in several proficiency testing (PT) schemes from the United Nations Office on Drugs and Crimes (UNODC) and from the Organization for Prohibition of Chemical Weapons (OPCW). Furthermore, the Government of Tanzania has established the National Poison Control Centre (NPCC) mainly at GCLA. In this manner, co-ordination and control of poisoning incidences – including facilitation of toxicological analysis to determine the poison for antidote/treatment purposes – is well achieved.

Currently, a variety of technologies are used for testing: thin layer chromatography (TLC), immunoassay, GC-MS/MS, LC-MS/MS, FTIR, XRF, ICP and AAS. Substances identified, confirmed and quantified include alcohol and common drugs of abuse (cocaine, cannabis, amphetamine, diazepam and metabolites, to name a few), pesticides, metals, anions etc. These analyses are carried out in postmortem examinations and drug-facilitated sexual assault cases. Given the early development stage of the Forensic Toxicology Laboratory, an important aspect of the work is the redaction of standard operating procedures (SOPs) and implementation of adequate chain of custody measures. Interpretation of postmortem toxicology results of course remains a central task for the laboratory.

Mr. Kagera has organized and presented seminars and international conferences to contribute to knowledge dissemination. This was the case in 2019, when the 8th African Society Forensic Medicine Conference was held in Dar es Salaam, Tanzania. In the upcoming years, Mr. Kagera plans to publish on highly sensitive and selective quick, simple, cheaper methods in determination of multi-drugs using LC-MS/MS. Furthermore, he plans on developing and validating at GCLA additional sensitive and selective methods for drugs of abuse and their metabolites in different biological and environmental matrices to help serve justice and society.