“A man grows most tired while standing still.” – Chinese Proverb 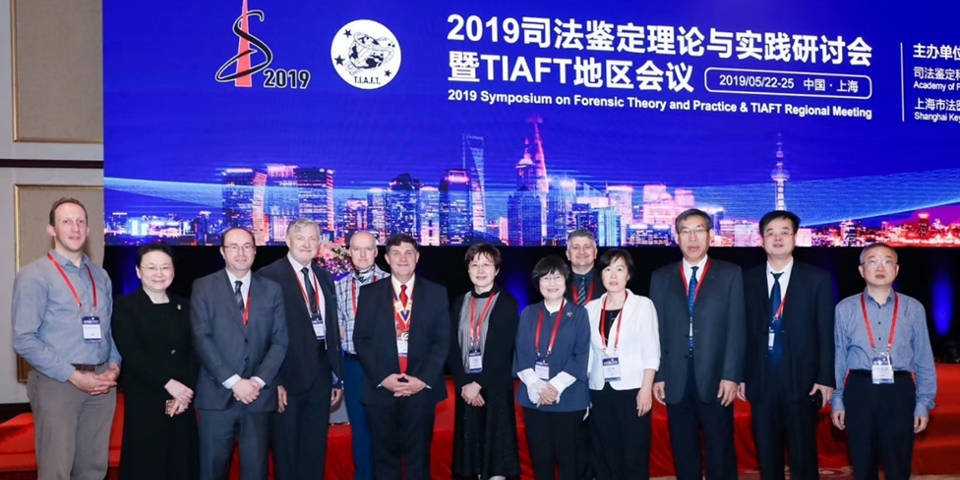 Last week, the TIAFT Board of Directors held its Mid-Year Meeting in conjunction with a Regional TIAFT Meeting in Shanghai, China. I am happy to report that both events were very productive; in part because everyone involved worked very hard to ensure success. So, I thought that it would be fitting to use the above Chinese proverb for this month’s quote.

The Regional TIAFT Meeting had an impressive turnout of over 150 attendees from throughout China. There were thirteen lectures given by our host, Xiang Ping of the Academy of Forensic Science; the TIAFT Board Members; former TIAFT President, Olaf Drummer; and various vendors. The attendees had great questions for the speakers and there were many follow-up discussions at coffee breaks and lunch. The Regional TIAFT Meeting was held jointly with the 2019 Symposium on Forensic Theory and Practice, an event that attracted many additional international speakers. Congratulations and thanks go to Shen Min, Wu Hejian, Xiang Ping, and all of the staff at AFS for the success of the joint meetings.

As I mentioned, the Mid-Year Board Meeting was also productive. We spent over eight hours covering another large agenda packet to further our aggressive work on the TIAFT three-year strategy.

One of the critical tasks put before the Board was the selection of the 2019 Travel Grant Awardees for the upcoming meeting in Birmingham. This involved a thorough evaluation of numerous criteria, to include the applicants’ financial needs. It was quite an undertaking, as there were 24 applications received by the May 10th deadline. I am happy to announce the following members were selected to receive grants for the 2019 Annual Meeting:

You may notice that while we originally planned for a total of six travel grants, we were able to offer two additional travel grants this year, due to a generous contribution from the Ghent Meeting.

Another major accomplishment was the completion of the proposed revision to the TIAFT Constitution. Following the members’ comments on the draft revision, the Board made a few additional minor changes. This can now be found at the Members’ Only area on the TIAFT website, along with the received comments and how they were addressed by the Board. This proposed revision will be voted on at the next TIAFT Business Meeting to be held September 6th during the TIAFT 2019 Conference in Birmingham.

The Board also put some finishing touches on the Elections Handbook – a guide to help ensure that our elections follow the TIAFT Constitution and are held in a consistent manner from one Board to the next. Look for the finalized version to be posted on the TIAFT website later this year.

And we continued working on the Archiving and Records Management Handbook. This document is critical in ensuring that the organization properly maintains key documents for its members to review, but also for the longevity of TIAFT as a tax-exempt organization.

Following the Regional Meeting in Shanghai, some of the Board traveled north to Beijing to meet with staff from the Ministry of Public Security’s Institute of Forensic Sciences. More lectures were provided to attendees at a small conference at the laboratory, with many great discussions that followed. While there, we learned that long-time TIAFT member and Regional Representative from China, Professor Liu Yao, was being followed around by a film crew that was making a documentary movie about him. We were all very honored to have a movie star in our presence! Congratulations to Professor Yao for the honorable recognition.

I close with a reminder that TIAFT can present two prestigious awards at the annual meeting: the Alan Curry Award and the TIAFT Achievement Award. I encourage all members to give some thought to which of our colleagues are most deserving of these awards and then nominate them. Details on requirements of each, as well as the nomination process can be found elsewhere on the TIAFT website. The deadlines for these awards are June 30th and July 15th, respectively, so please add “Nominations” to your To Do List.

So we certainly aren’t “standing still” at TIAFT…and the positive energy surrounding the Board and the TIAFT Committees is contagious. As always, if you have any comments or suggestions for the TIAFT Board, please communicate them through the info@tiaft.org email address.