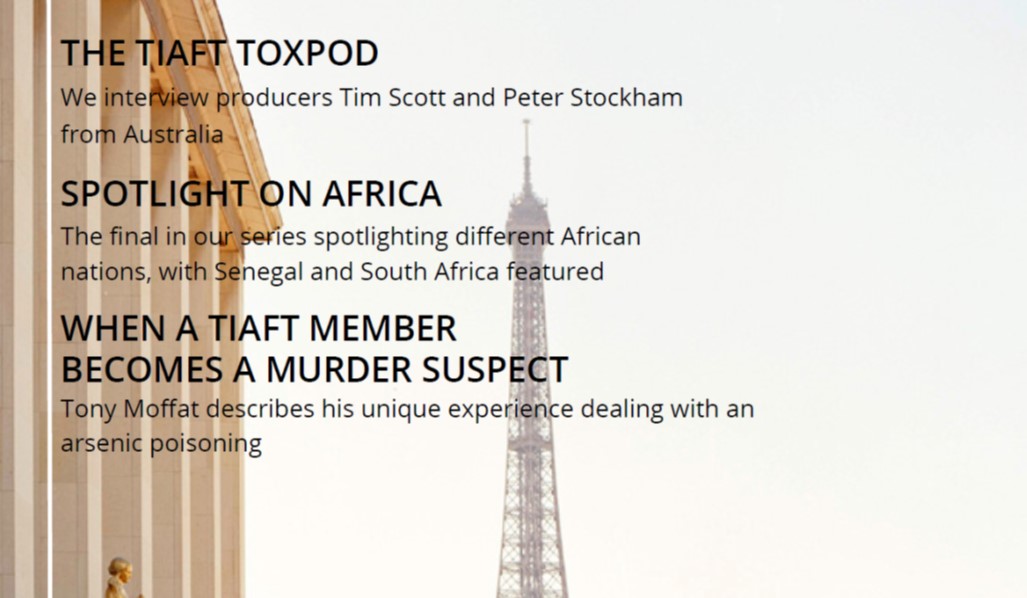 The September 2021 issue of the TIAFT Bulletin is now available by logging into the members area of the website. This issue contains an interview with the toxicologists behind the ToxPod, the final two parts of the Spotlight on Africa series, and features on NPS in both Korea and the US.

The TIAFT Toxpod - With Tim Scott and Peter Stockham (Australia)

NPS Testing in the United States - By Simon Elliott (UK)