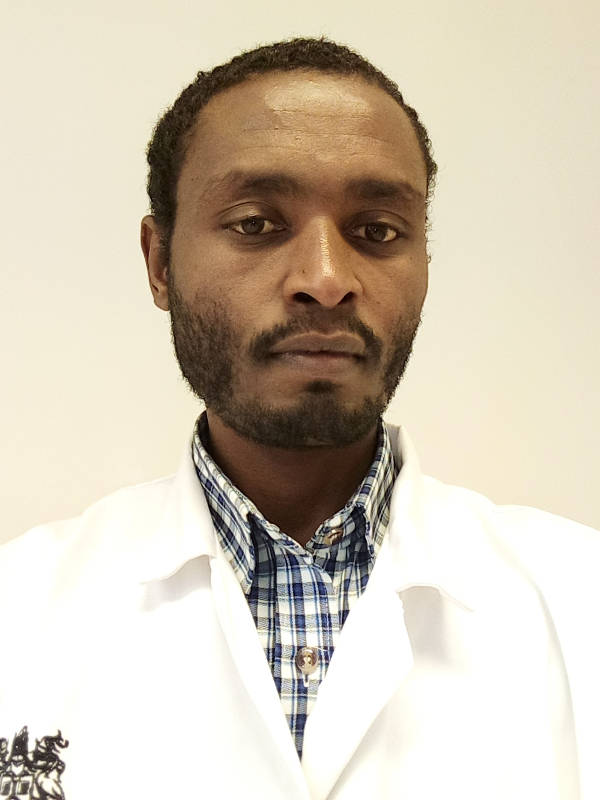 Gedifew Nigatu Beza, M.Sc. is the chairman of the Forensic Toxicology Laboratory of Saint Paul’s Hospital Millennium Medical College (Addis Ababa, Ethiopia), and a forensic toxicology lecturer in the Department of Forensic Medicine and Toxicology at the same institution. He obtained a B.Sc. in applied chemistry from Arba Minch University (Ethiopia), where he acquired his first research experience in evaluating the effectiveness of the University Wastewater Stabilization Pond (AMUWSP) as a treatment plant by evaluating the important physico-chemical parameters of wastewater quality. He received his first master’s degree in analytical chemistry from the University of Hawassa (Ethiopia). His research dealt with residue level analysis of organochlorine pesticides (OCPs) using GC-MS and toxicological risk assessment on humans at different exposure levels. More recently, he earned an Erasmus Mundus Master’s in Forensic Sciences at the University of Lincoln, United Kingdom (coordinating institution) and two other consortium European institutions: the University of Cordoba (Spain) and the Instituto Superior de Ciências da Saúde Egas Moniz (ISCSEM, Lisbon, Portugal). In the past, Mr. Beza served as a lecturer of analytical chemistry at Arba Minch University, where he has also been head of the Department of Chemistry, coordinating the undergraduate and graduate programs.

In addition to his leadership of the Forensic Toxicology Laboratory, he is also a volunteer Doping Control Officer (DCO) for the Ethiopian National Antidoping Office. He is also actively participating in establishing a poison control centre in Ethiopia with the collaboration of Public Health England.

Throughout his career, Mr. Beza has built experience with LC-MS/MS and GC-MS instrumentation for toxicological applications. He has developed an LC-MS/MS analytical method for multidetermination of drugs of abuse and their metabolites from human hair, as well as a GC-MS method for analysis of organochlorine pesticides. His teaching and research experiences in the fields of analytical chemistry and forensic sciences have helped him to build teamwork and leadership abilities.

The Forensic Toxicology Laboratory of Saint Paul’s Hospital Millennium Medical College is a nascent service, analysing cases from the whole country. Mr. Beza is committed to establishing a well-accredited forensic toxicology laboratory for Ethiopia. The end goal is to have a toxicology laboratory which would be used for postmortem examination, doping control, driving under the influence of alcohol and drugs, as well as drug-facilitated sexual assault cases. It would also serve as the poison control centre for the country and carry out toxicology research.

Currently, testing is mostly done using thin layer chromatography (TLC) and colorimetric tests. Alcohol and common drugs of abuse (cocaine, cannabis, amphetamine, diazepam & metabolites, to name a few) are analysed in postmortem examinations and drug-facilitated sexual assault cases. Given its early development stage, an important part of the work is developing standard operating procedures (SOP) and following appropriate chain of custody. Interpretation of postmortem toxicology results is another important part of the task, and Mr. Beza has presented seminars on this topic as well as on analysis procedures.

In the upcoming years, Mr. Beza plans to develop and validate further sensitive and selective analytical methods for drugs of abuse and their biomarkers (metabolites) in different biological and environmental matrices. Optimization of fast and simple sample preparation techniques in toxicology—as well as analysis of drugs of abuse in wastewater to estimate the extent of drug (ab)use by the community—is also an important goal. Mr. Beza intends for statistics and chemometrics to play a key role in these advanced forensic science and forensic toxicology projects, to help serve justice in his society.